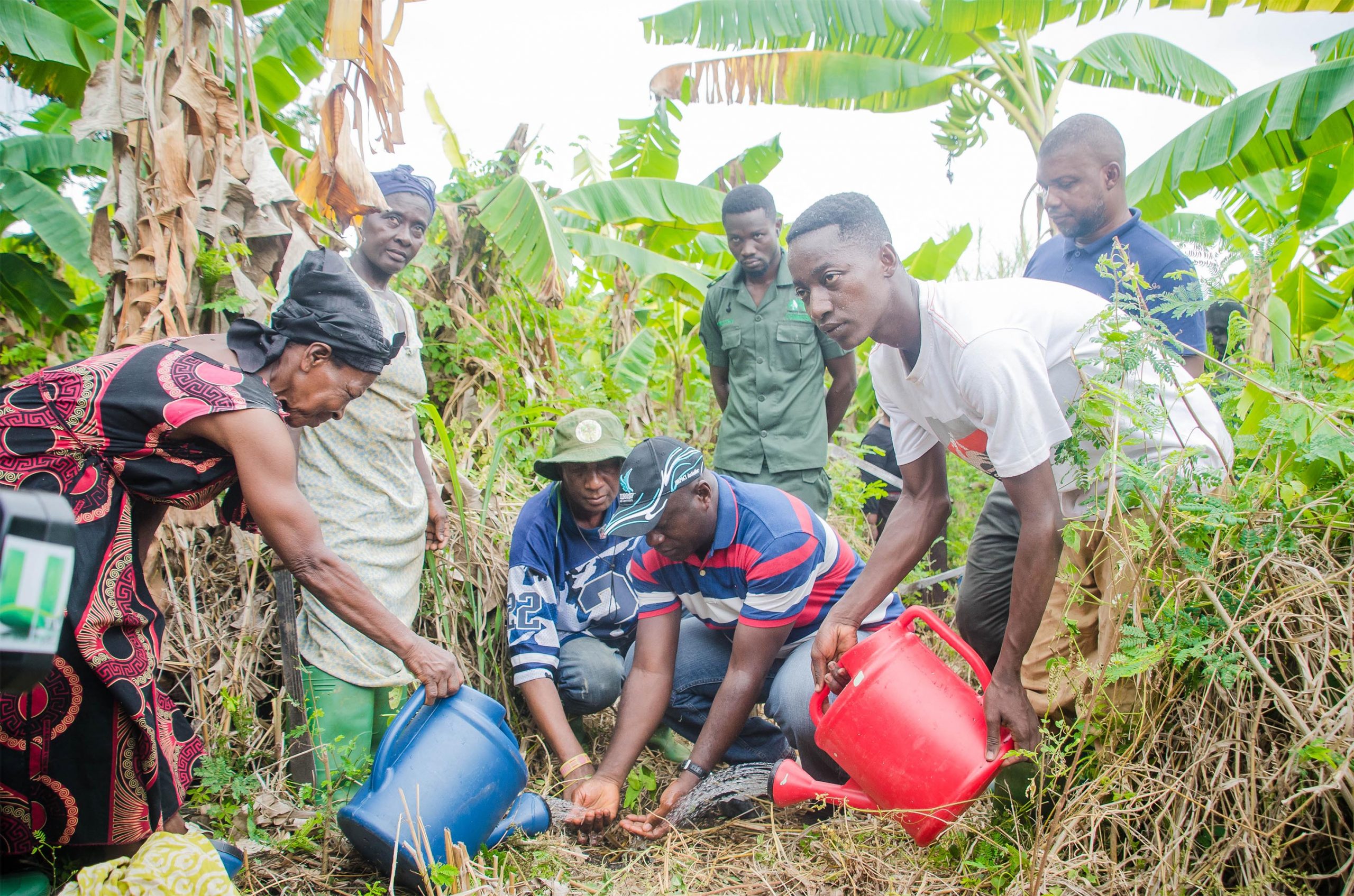 Three fringe communities on the Lake Bosomtwe Basin have embarked on a tree planting exercise as part of efforts to protect the lake.

The Amakom, Adjaman and Atafram communities embarked on the exercise under the Asantehene Land Restoration Project, which coincided with this year’s International Day of Forests and World Water Day celebrations.

The Forests and World Water days are celebrated to raise awareness of the importance of forests to the people and their vital role in poverty eradication, environmental sustainability and food security.

Led by Nana Adu Mensah Asare, the Chief of Kumasi Amakom and Chairman of the Asantehene Land Restoration Project, the three communities planted hundreds of tree species in the buffer zones of the Lake, which continue to dry up due to human activities.

The King of the Asante Kingdom, Otumfuo Osei Tutu II, is executing the project with support from the Oheneba Poku Foundation and Blaze Metal Resources, which seeks to restore 40,000 hectares of degradable lands in the Bosomtwe Biosphere Reserve.

The target is to plant and manage three million trees by 2024 out of which 2.5 million would be planted in the buffer of the Lake.

Nana Adu Mensah said the Asantehene’s vision was not only to protect Ghana’s only natural lake and other water bodies but also restore lands and forests that had been degraded in his Kingdom.

He said the expectation was that those engaging in farming activities around the lake would be forced to vacate as more trees were planted to save the Lake from further dwindling.

Members of all the 22 communities in the biosphere, he said, had shown commitment to support the King in protecting the lake which is one of the major tourist sites in the region.

Mr Fred Kyei Sarpong, the Executive Director of Oheneba Poku Foundation, said the project would have a huge impact on the livelihood of residents in surrounding communities and beyond as it would address virtually all the 17 Sustainable Development Goals of the United Nations.

He said 110,000 out the 2.5 million trees had already been planted around the Lake and that 1.5 million more would be planted this year.

“We are not just planting the trees but we are managing them together with all the 22 communities in the Bosomtwe Biosphere Reserve. So they would naturally own and nurture them knowing how significant the trees are to the lake,” he stated.

“We are not only planting trees but we are introducing conservation agriculture here so that farmers can have sustainable ways of farming and also consider the top soil as the most important asset they have”.

He implored the Bosomtwe and Bosome Freho District Assemblies to strictly enforce their by-laws to make illegal activities around the Lake and forest reserves unattractive.

Mr Yaw Oppong Agyemang, the Country Manager of Blaze Metal Resources, said since most streams uptake their sources from forests, it was important to protect and restore the forests to sustain water bodies.

He said his outfit would continue to support the Asantehene to implement the project to restore the vibrant nature of the Lake, thereby improving the local economy.